Safran Foer: ”We need to speak more about Israel”

In his first two novels, Jonathan Safran Foer wrote about unthinkable but real catastrophes in a language that through ingenuity and sensitivity illuminates the horrors of history. In his latest book, Here I Am, he does the opposite. Using a fictive catastrophe – the destruction of Israel – he takes stock of his own generation.
Sarah Clyne Sundberg and photographer Kate Gabor have met him at home in Brooklyn.

Jonathan Safran Foer’s townhouse is located on a quiet street in Brooklyn. The house is full of light, space, art work, books and children’s drawings. He invites us for a cup of tea and we sit down to talk on the couch, while his two dogs lie munching on bones. In addition to a stack of art books under a flower arrangement, the enormous coffee table also holds a worn pocket edition of an Agatha Christie novel and a vegan cookbook. Next to the table is a volume of the Talmud. He is softspoken and thoughtful when answering questions and would rather not talk about any deeper meaning behind Here I Am, his first novel in 10 years. His previous book, Extremely Loud & Incredibly Close, came out in 2006. He has since had two children and separated from his wife.

– Here I am only took two years to write. It took longer to find the will power to write it. To become an author was never my dream. Writing is important to me in the sense that it is my livelihood but on the other hand I also lecture at the university and get a salary that way. Strangely enough, I feel more compelled to write now. Maybe it is because this book is closer to me than my previous works. Not that it is autobiographical, but the narrating voice in the book is essentially mine. The novel deals to a large extent with the theme of home and belonging, which is something Safran Foer says he has been contemplating a lot. In the centre of the book, we find the Bloch family and in particular the parents, Jacob and Julia and their mid-life crisis and divorce. The story is also about the fictive destruction of Israel, and the American Jewish relationship to the “Jewish homeland” and the Holocaust – two pillars in a largely secular American Jewish identity.

”Here I Am”, or hineni in Hebrew, is of course the answer Abraham gives when God calls on him to sacrifice his son Isaac. The novel also poses the question of what it means to stand up for someone or something – what we would be willing to sacrifice for a cause we believe in. Perhaps it can also be read as an existential cry of anguish, uttered by the novel’s comfortable, educated protagonists in search of a direction in life. Perhaps not coincidentally, the phrase hineni is used in another rendition of Jewish upper middle class life in crisis: in the TV series Transparent, which is about a Jewish family in Los Angeles where the family patriarch comes out as a woman. The young Rabbi of the family, Raquel, is struggling to enthuse her congregation. One of the initiatives, a kind of watered-down Shabbat gathering is given the name hineni. The Rabbi eventually tires of the whole thing, with the feeling that it is too nebulous and representative of a view of Judaism that is no longer about asking what one can do for others but rather how religion could be shaped and adapted to suit personal inclinations and needs.

Safran Foer explores similar territory in Here I Am. Jacob and Julia are attached to their Jewishness, but are not really practicing Jews in a traditional sense. Instead, they have created their own traditions, “a religion for two”, as they call it. They do however insist that Sam, the oldest of their three sons, should learn his Torah portion and sing it in the Synagogue, despite the fact that he doesn’t want to, and the fact that they can’t come up with an explanation to why he should. To be Jewish is something that defines them but they seem uncertain of what this actually signifies on a personal level. Their insecurity is placed in contrast to the seemingly rock solid identity of their Israeli relatives. Irv, Jacob’s choleric and rightwing Zionist father likes to say that “a Jewish fist can do more than masturbate and hold a pen”. Whether this is true of the Bloch family is uncertain – all of its members are deeply caught up in an anxious egocentrism that many readers probably recognize from Woody Allen and Philip Roth. Tamir, Jacobs Israeli cousin on the other hand, is everything Jacob is not: virile, determined and suntanned. At one point, the narrator asks why Tamir couldn’t be more like Jacob and vice versa. “If they could meet halfway, they’d form a reasonable Jew.” It echoes old stereotypes about insufficient and effeminate diaspora Jews and exuberantly strong Israelis.

– Tamir and Jacob are extreme characters and, to a certain extent, both of them are caricatures. But they are caricatures that point towards general truths – that Israelis tend to be unrestrainedly expressive, while American Jews seem… neurotic. The American Jewish relationship towards Israel is a topic that Safran Foer feels isn’t brought up as much as it should.

– American Jews are drifting away from Israel. At least younger Jews or liberal Jews, because there is a countermovement among politically conservative Jews, which is basically the Republican party. But the republican relationship with Israel is more fragile than people realize. My point is that the whole thing is hanging by a thread.

The novel was written before Donald Trump became president. Worries about domestic US politics are noticeably absent, apart from Irv’s constant outbursts about how anything short of full and total support for the Israeli government equals anti-Semitism. This is a common attitude among Jews on the political right that is now coming to a head. What are Safran Foer’s thoughts regarding the Jewish conservative movement’s endorsement of Trump’s simultaneous flirtation with Israel and anti-Semitic sentiments?

– The “alt-right” and the evangelical Christians love Israel, but Jews don’t – an interesting contradiction. They are in essence making a distinction between Hebrews and Jews. Jews are the ones who control the media and Hebrews are the ones who take care of the homeland. I think this division is part of the reason for the combination of anti-Semitic and pro-Israeli statements from the Trump administration. He also thinks that the absence of personal experience of anti-Semitism among the younger generation is an additional reason for the lack of interest in Israel.

– The threat of extinction is partly what has been sustaining Jewish loyalty toward Israel during the 20th century. Today, I don’t think that many American Jews are particularly concerned about anti-Semitism or about their own personal safety.

He also doesn’t see it as particularly probable that anti-Semitism could become an influential force in the US, even if he acknowledges a recent increase in anti-Semitic graffiti and phone threats against Jewish institutions. He considers Judaism completely mainstream in the US and a “beloved part of American culture”. He is more concerned about what he perceives to be the lack of Jewish interest towards Israel.

– Those members of my parents’ generation who were less committed to Israel still donated money and defended its policies at cocktail parties. Their younger counterparts on the other hand are apathetic and perhaps slightly embarrassed by Israel. They are not protesting the Netanyahu government outside campus Hillels. They prefer to distance themselves. Hate, or a profound questioning of Israeli policies, could lead to change. Apathy is a silent death. That apathy is something that he connects to the remoteness of the Holocaust – another central theme in Here I Am. Jacobs grandfather Isaac, a Galician Holocaust survivor, commits suicide before his coming move to the Jewish old age home. At his funeral, the Rabbi gives a speech where he critically calls the Diary of Anne Frank a “bible” for secular American Jews.

– I am not critical of the Diary of Anne Frank or of the Holocaust as such as a central theme in American Jewish culture. It becomes a problem however if it becomes the primary topic at the expense of familiarity with the basic Jewish texts. The Diary of Anne Frank is a cultural document telling a specific story. One of the most important stories, but not the only one. The characters in Here I Am thus have a deeply ambivalent relationship to Judaism and perhaps also to their own Jewishness. Even if Safran Foer stresses that the novel is not autobiographical, you do get curious about his own relationship to Judaism. He says that he does not belong to a community and does not go to Synagogue except at Jom Kippur and Rosh Hashana, but that he gives a lot of thought to what it means to be Jewish.

My relationship to Judaism is born out mainly through my children. Which is a surprisingly rich relationship. As a child, I went to a religious school, which was extraordinarily boring, but I learned the Jewish calendar and Jewish prayer. My children have a private tutor who comes to our home and gives them instruction. My oldest son and I used to read together from Genesis. I want it to be something that is living for them. He says that his children’s education wouldn’t be possible if his own parents had not made him go to religious classes.

Jonathan Safran Foer was born in Washington on February 21, 1977. He began working on his first novel Everything is Illuminated as part of his thesis work at Princeton. His tutor was author Joyce Carl Oates. His other novels are Extremely Loud & Incredibly Close and Here I Am. He is also the author of the non-fiction book Eating Animals. Jonathan Safran Foer lives in Brooklyn with his two children and teaches creative writing at New York University 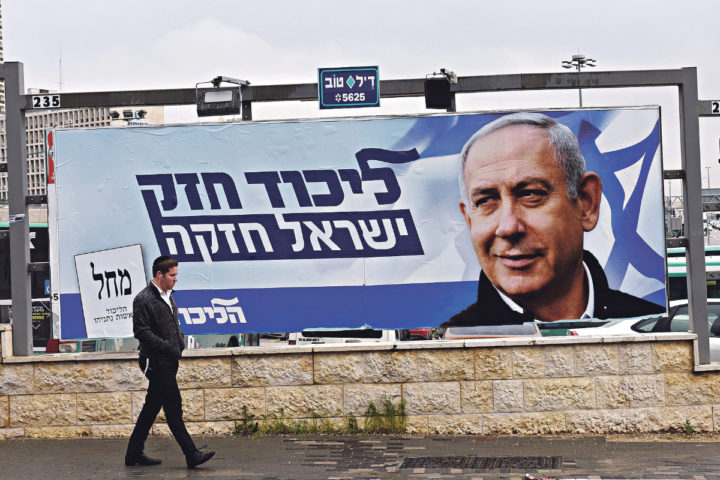